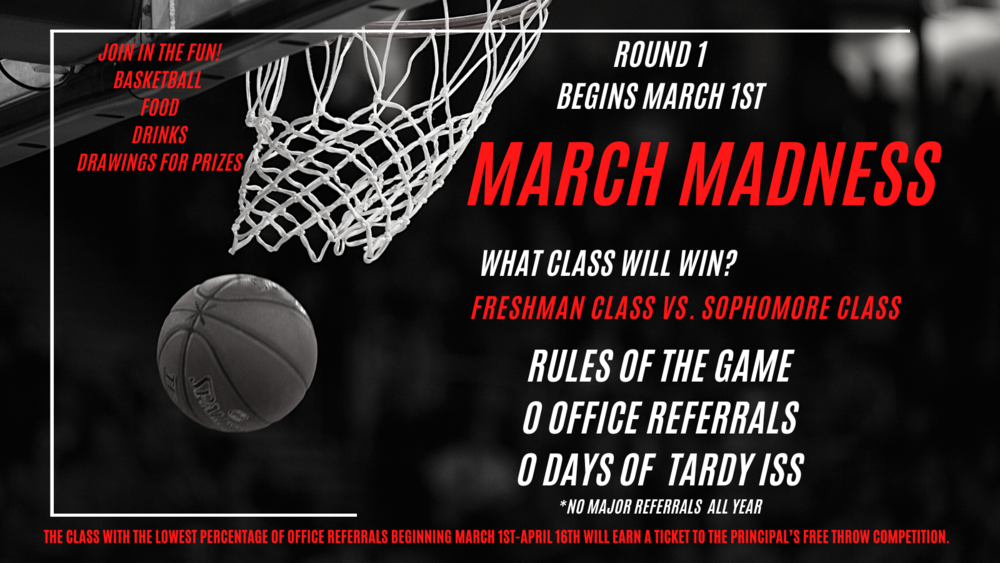 This spring the Arkansas High School freshman and sophomore class participated in a March Madness competition. The competition was developed as a way to promote positive behavior. The students were given specific criteria and weekly updates. It was a close race, but the freshman class proved to be the clear winner in the end.

As part of the March Madness celebration, the freshman students received a ticket to an afternoon celebration. The celebration included a free throw competition, pizza, and a chance to win various prizes. The prizes ranged anywhere from gift cards to electronics.

In the first game the AHS head principal, Mr. Odom and the AHS administrative team took on the safety & security team in a free throw contest. After the free throw contest, a group of freshman students played a game in which they played against AHS staff members. In the end there could be one winner,  but everyone had a lot of fun. As part of the festivities, there was a Treasure Hunt. The students were given clues and the treasure note was found by a group of three students. The students received a gift card and will receive a lunch of their choice from the principals.